Notice to the Campus Community:

The John Lewis Student Center and Stamps Commons will be closed Saturday, Dec. 3 from 6 a.m. to 3 p.m. for scheduled maintenance.
During this time, meeting rooms will be unavailable for use until 3 p.m. The Post Office and all dining services will remain closed for the day. We apologize for any inconvenience this may cause.

From Mr. and Ms. Georgia Tech to Ramblin' Royalty 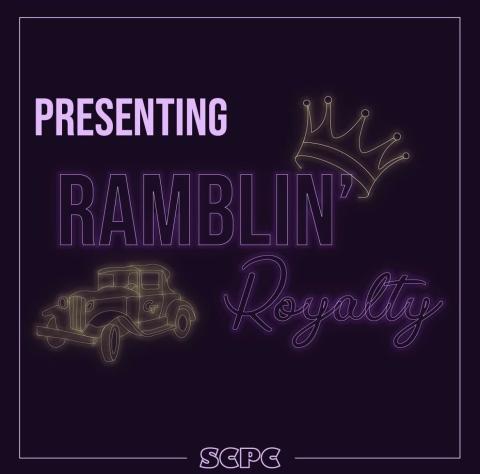 Homecoming week is upon us, and many longstanding traditions are happening around campus. Though most of them remain unchanged, this year there is a new name for the student awards scholarship program. What was once called Mr. and Ms. Georgia Tech is now Ramblin’ Royalty. The recent name change adopts an inclusive approach to the scholarship program, celebrating students who exemplify the Georgia Tech motto Progress and Service during their time here.

Students and staff worked together to improve the process by removing gender and socioeconomic barriers for students wanting to apply to be a part of the student awards scholarship program. They conducted surveys and research, and met with stakeholders. Members of the Student Center Programs Council (SCPC) examined what other colleges practiced during their homecoming week, their homecoming award titles, and historical context for existing names and titles. SCPC also administered a survey to students in Spring 2022 about the name change. The majority of respondents reacted positively and believed it supported the Institute’s strategic plan and values.

Several meetings with campus stakeholders in various departments and student groups took place over the past year to gain a better understanding of the change and to ensure the process was as inclusive as possible. This is not the first time the Homecoming scholarship program has changed its name. It began in the 1950s as a pageant for only women, some who were not even Georgia Tech students. It was not until the 1970s that a Tech student was crowned Miss Georgia Tech. In the 1980s, they allowed men to be a part of the program and changed the Homecoming awards to Mr. and Ms. Georgia Tech. In 2022, students who do not identify with a Mr. or Ms. title can feel included and can participate in this program.

This year’s finalists were announced on Sept. 30 at the Homecoming Gala. They include Sean Alexander, Doug Dillman, Emmett Halloran, Jacob Lewis, Hrydesh Patel, Ainsley Ronco, Sofia Vainikos, and Elizabeth Wright. Finalists will take the field at Bobby Dodd Stadium on Saturday, Oct. 8, during halftime of the Homecoming game, when this year’s Ramblin’ Royalty winners will be announced. For more information, visit studentcenter.gatech.edu or follow @gthomecoming on Instagram.